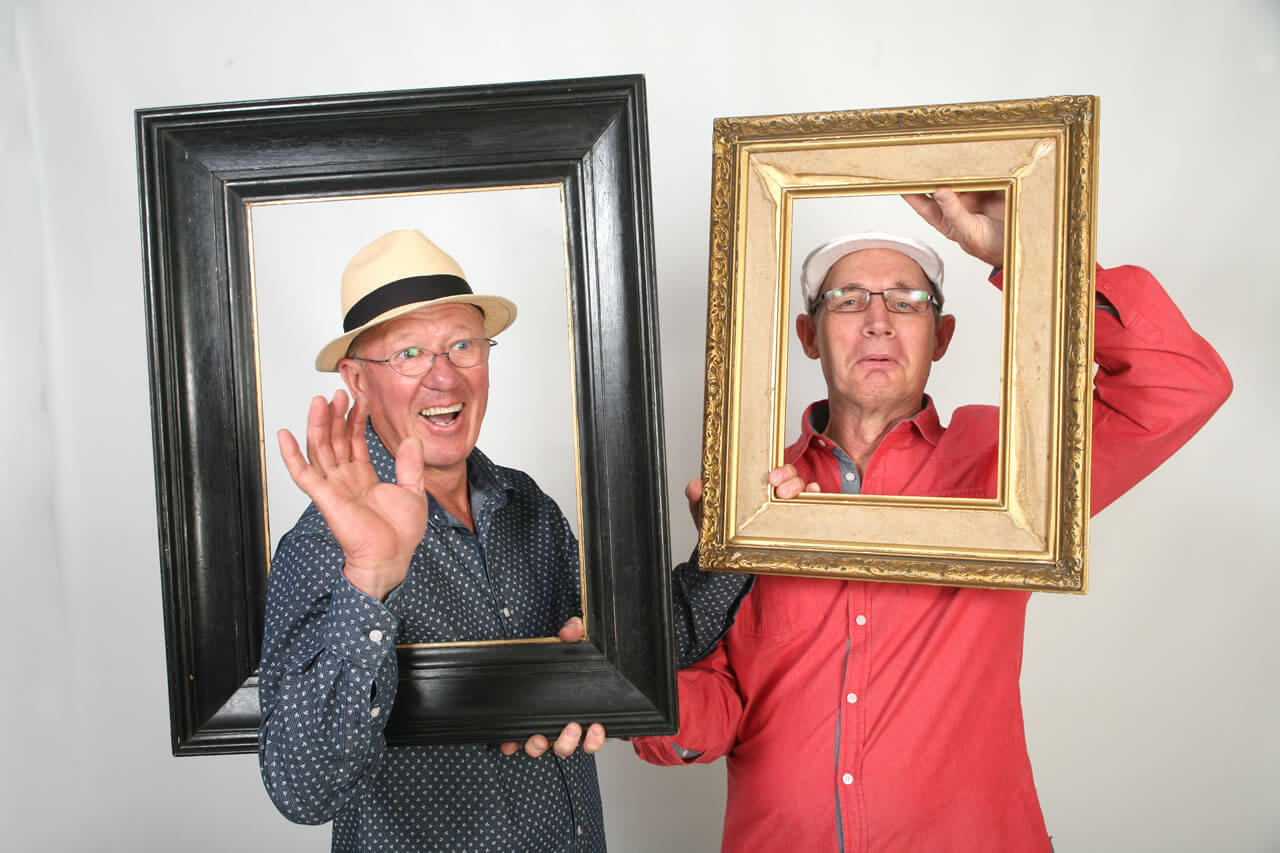 An Oke from Springs and a Bloke from London, Henry Crabb and Dave Abbott!!!

Well it started in 1977 when they met for the first time at Cairngorme Caravan Park near Springs where Henry’s Band, ”Eternal Now” was doing an afternoon show, the drummer had invited Dave along for a jam. Dave plugged into Henry’s amp, not a thing guitarist let other guitarists do usually, but then Henry’s a nice guy :-), and so a friendship started. Between Dave’s work in the Hotel business and Henry’s work as an Engineering rep they would get together in the afternoons and at weekends and play just for the fun of it. After a while they both realised they just wanted to play music and not “Hotel” or “Rep” it. They went for an audition with Maurice Fresco who got them their first pro gig at the “Rebel Inn” in Benoni on 1st of November 1978 (Thanks Maurice). The hotel manager at the time needed a name to advertise, so he christened them “Abbott and Crabb”.

……and a Loooonnnng journey started!

If you’ve lived in South Africa, and you don’t know ABBOTT & CRABB…we wonder where you’ve been hiding. A Pommie and an Oke from Springs who have managed to survive and prosper through 25 years
on the SA entertainment scene Dave (Abbott) and Henry (Crabb)’s unique blend of comedy and music has had audiences laughing and singing from Cape Town to Lusaka, Johannesburg to Swakopmund Durban to….well just about anywhere there are people (and in some places where there aren’t any).

Most people get a bit of a shock to find that they can actually PLAY their instruments,,, and rather well at that, they both sing and their music ranges from Bluegrass (Dave’s an adept fiddle player and Henry’s handy on the banjo) to rock (they both play guitar), Dave is a fine guitar player who has featured on many other artists albums while Henry’s an expert at….well just plain silly!!!!