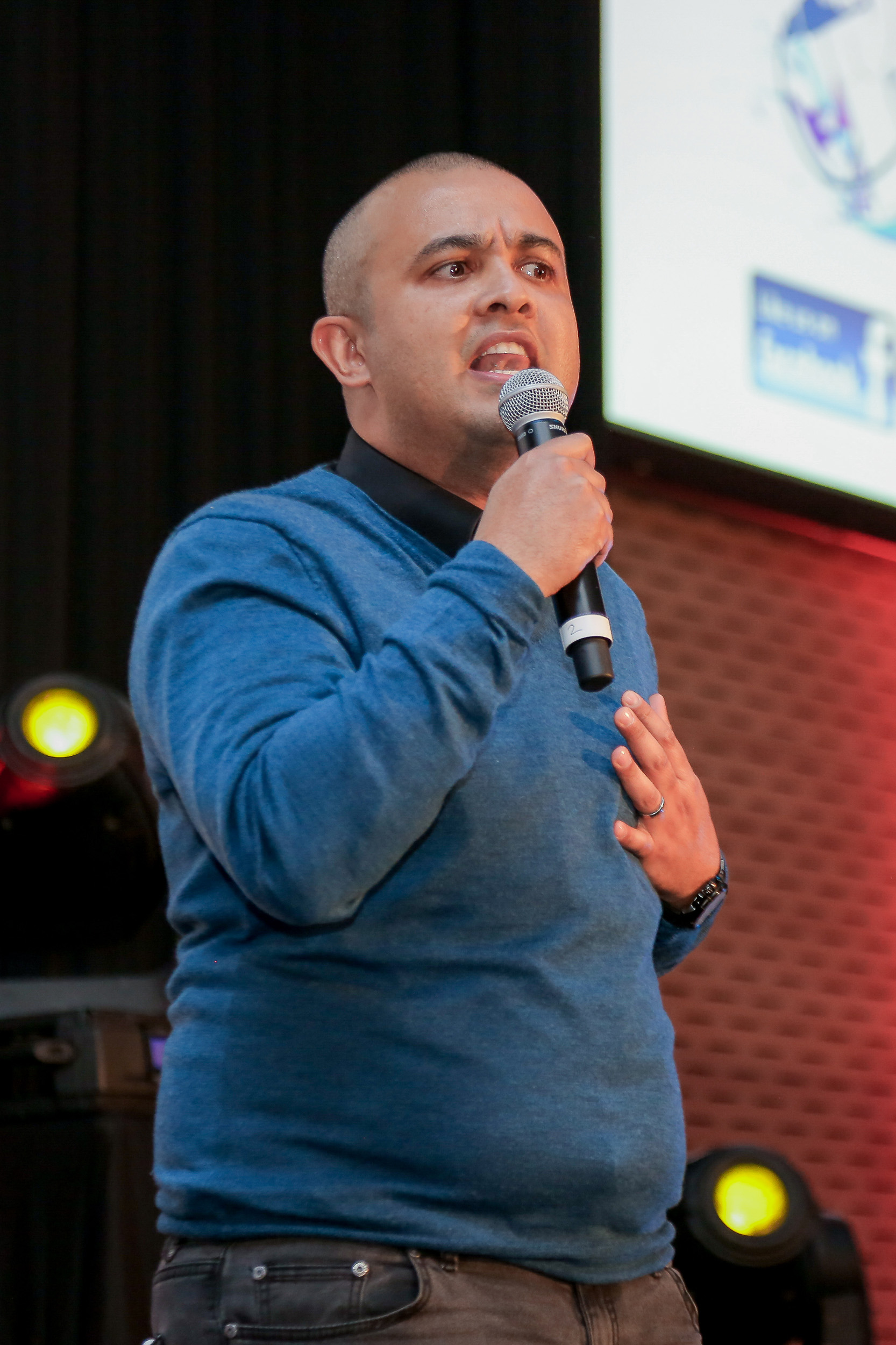 Alfred Adriaan is a well rounded hilariously funny and relatable comedian and his comedy is deeply rooted in Everyday life. He bases his comedy in reality which makes him a firm favorite with people from different age groups and backgrounds.

Alfred has a corporate background with over 10 years of experience as a Brand and Marketing Manager at 3 different leading multinational business. This has given him a keen understanding of what corporate clients need not only from an entertainment perspective, but also from a sensitivity perspective.

Alfred prides himself on his craft and has reputation for his professionalism. Alfred is high energy, extremely funny and performs in both English & Afrikaans.

He is known for his ability to make mixed audiences relate to his stories and laugh together. He has also proved to be a firm favorite on the African continent in countries such as Lesotho, Namibia, Botswana and Nigeria.

He has been nominated for 5 South African Comics Choice awards in only 4 years. He has also performed to international audiences in New York City at the Broadway Comedy club as well as the New York Comedy club in Manhattan and was invited to perform at the prestigious Sydney and Perth Comedy festivals in Australia.

He is also known for acting in the KykNet movie Hospitaal op Horrings and for his work in TV and online adverts for Nokia, Savanna and Come Dine With Me for the BBC.

He has performed on major Stand-up shows such as Mass Hysteria, Aweh Mzansi (as aired on MNET) and Blacks Only where he performed alongside celebrated South African acts such John Vlismas, Marc Lottering, Joey Rasdien, David Kau and many more.

Alfred is a versatile MC, Comedian, Actor and voice over artist with a reputation for his professionalism and razor sharp wit.