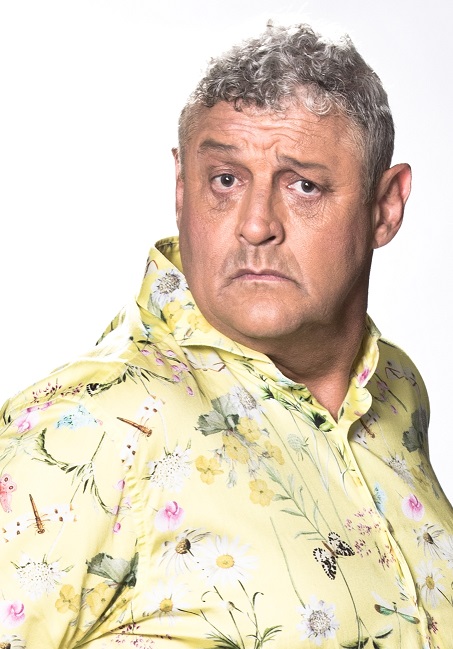 Forged in the fire of the global comedy circuit from London to Hong Kong, this versatile and dynamic comedy icon works the room with magnetic charm and infectious ease. His deft timing and tap-dancing mind leave any crowd thrilled that they came, regardless of their own background.

After what can only be described as one of the most successful careers in South African stand-up history, Hilton shows no sign of slowing down.

In 2013 he became the first South African to perform at the prestigious Harrah’s Improv in Las Vegas.

2014 saw the “cousin”, as he is known to a whole nation, do a tour of the UK, open the Hong Kong 2014 Comedy Festival, and slot in some thumping gigs in Singapore and Macau. He more than impressed the famously critical crowd in London’s Clapham Grand and his hilarious performances in Dubai saw him shortlisted alongside John Cleese for the Best Comedy Act in Dubai’s Timeout Nightlife Awards 2013. Not bad for a former electrician who just couldn’t help himself from seeing the funny side.

Given the huge scale of his achievements and punishing schedule, Hilton doesn’t seem to age, instead his life experience just provides more fuel for his unique world-view. This seasoned raconteur recently shot the lights out with a sold-out 4200-seat arena show – something no other local comic has ever achieved.

In true Barry fashion, he followed that up with a phenomenal sold-out two-hour performance at the iconic Sydney Opera House. Hilton describes this performance as a career highlight, while ex-patriot South Africans and Australians alike gave rave reviews, including the accolades: “Stellar…” “… first class” and “thoroughly entertaining…”

With sets that are never vulgar, malicious nor mean of spirit, but always funny – Barry is known to several generations as a gentleman comic and a master craftsman with flawless timing, an unpredictable hairline and a gaze that doesn’t miss a thing.

His genuinely funny bones, his uncanny ability to gauge a crowd, his firm stance on working clean, and his unflinching work ethic make Barry Hilton an institution that has stood the testament of time and continues to impress as he breaks new ground and makes ‘em laugh all over the world.