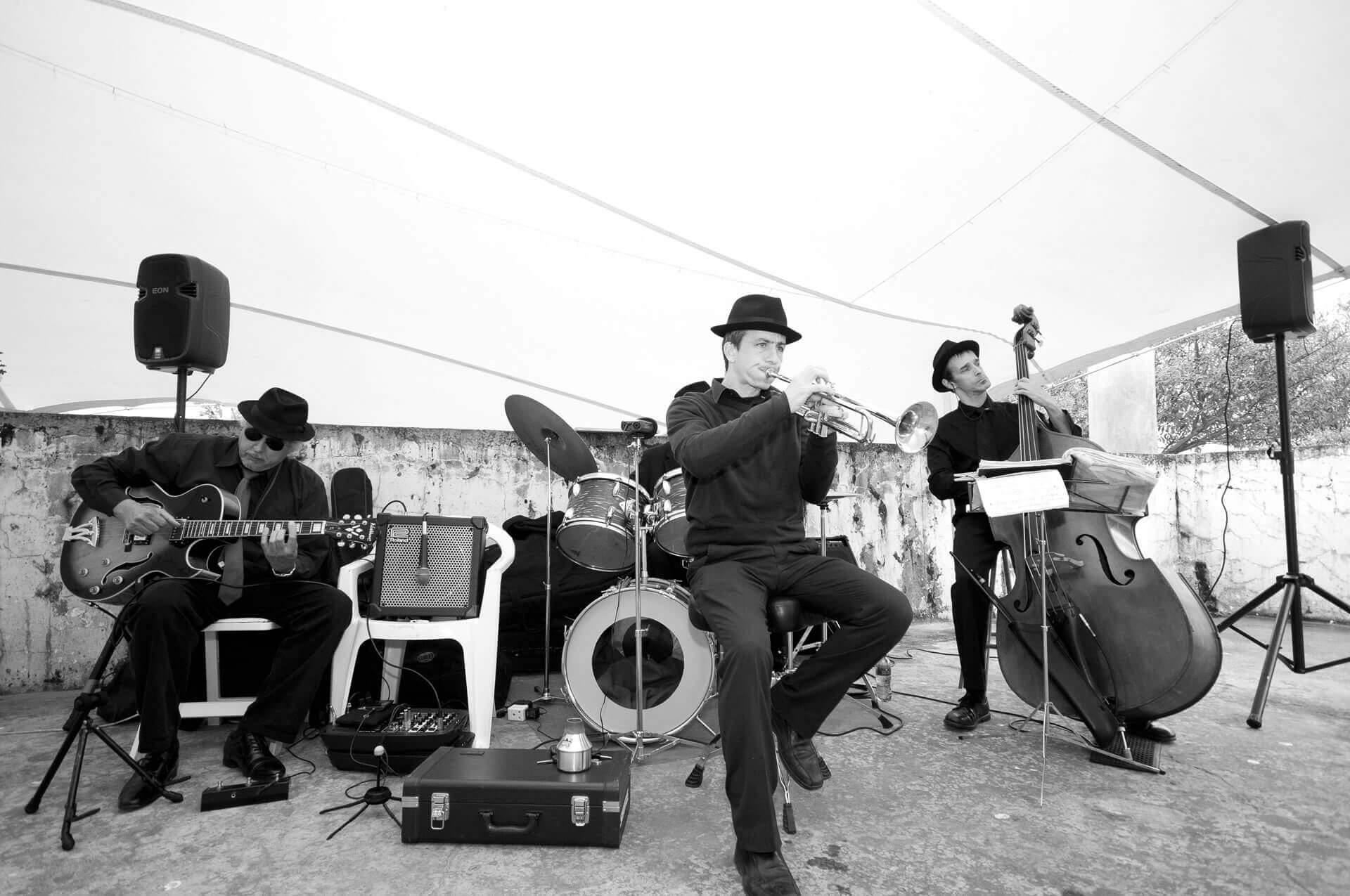 Formed in 2004 Beat-Route has become a household name in Jazz circles in Durban. Featuring regularly at countless Corporate and private functions and blessing hundreds of Weddings with their infectious, subtle and nuanced acoustic sound.

The band performs as anything from a sophisticated instrumental Swing Jazz Trio right up to a dynamic 8 piece Show band.

For most of the formative years Beat-Route focused on the swing Jazz tradition carving a niche and compiling a vast repertoire for. The core Trio features Front Man Daniel Sheldon on Trumpet/percussion, The Legendary Gerald Sloan on Guitar and Logan Byrne on the Upright Bass.

More recently the band has added to its ranks and delved into the more theatrical side of the entertainment industry putting on two hugely successful and critically acclaimed shows at the Rhumbelow Theatre in Durban.

Joining the line up for the +Beat-Route+ Show Band Experience are the inimitable Tom Hare on Sax, the vivacious Zoe Masuku on vocals, The singular Devon Hore on Drums, the indomitable David Langley on Keys and the lovely Kerry Langley on vocals. Two years into this journey with the Show band and we are making waves featuring at some Big Events including amongst many others; ART in THE PARK, The SMARTIES Awards, The Vodacom Durban July Fashion Events, The Vodacom Durban July Race Day VIP Lounge, Durban Fashion Fair, The Hilton Arts Festival and Gold Circle Awards and starting to break into the broader National Scene with bookings in Cape Town and Jhb on the cards as well as an Album and tour in the planning stages.

With some great original Arrangements and an electrifying on-stage Chemistry this is one band to keep an eye out for!