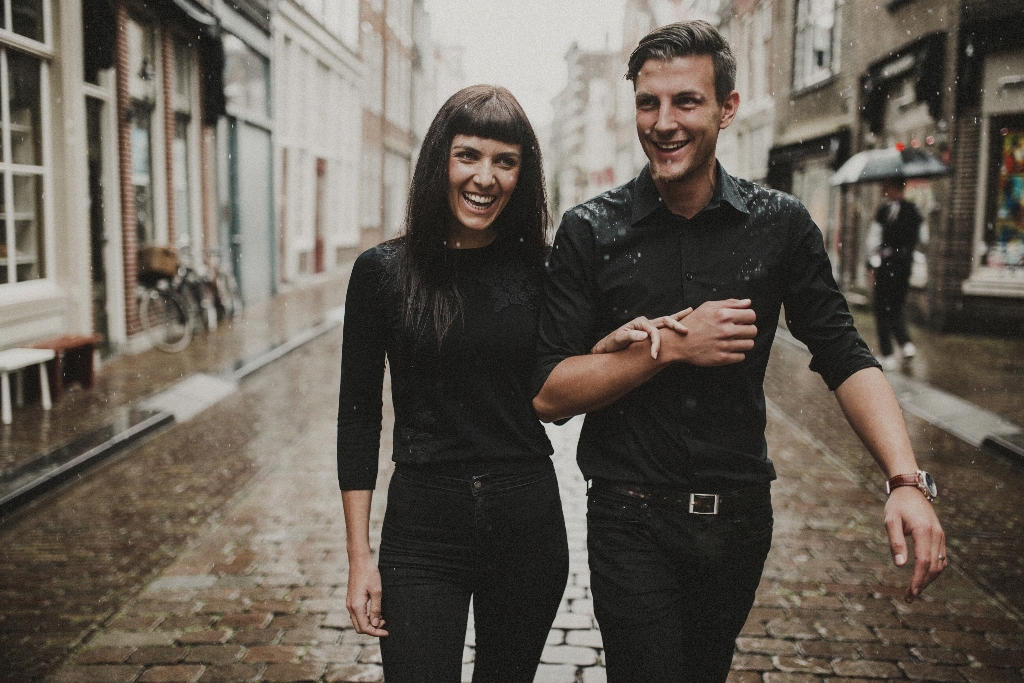 The Bottomless Coffee Band are a multi-instrumentalist duo from Cape Town made up of married couple Lourens and Esté Rabé.

After meeting each other in the Stellenbosch University choir and multiple coffee dates, the pair realised that they shared a whole lot more than a love for folk and blues music. Esté, a drama student at the time and Lourens busy completing one of his three financial degrees, shared A vision of bringing authenticity back to music and in so doing remind people of when legends like Johnny Cash, June Carter and Bob Dylan graced the stage. Thus, the Bottomless Coffee Band was born.

After performing at a number of corporate events and weddings the enquiries started streaming in. The band noticed that there was a proper demand for their craft and were soon booking their own public shows and playing to sold out theatres. The next step was capturing the first few years of their musical journey and in November of 2014 the band released their debut album “Room With A View.” The release of their debut album sparked interest country wide and soon the band took to the road with their first national tour in February 2015.

After a string of local tours, a tour to Namibia, festival slots and playing alongside some of the biggest names in the business, BCB decided to take their biggest leap of faith to date when they embarked on a two month tour of Europe and the United Kingdom during July and August 2016. The tour included shows in Belgium, The Netherlands, England and a week long stint at the infamous Edinburgh Fringe Festival which is widely regarded as the largest arts festival in the world. BCB had become an international act!

Thus far it has been an exciting year in the Bottomless Coffee Band saga. The band completed a hugely successful Namibian tour again during the beginning of June and have started work on their highly anticipated second album with renowned producer and Springbok Nude Girls member, Theo Crous.