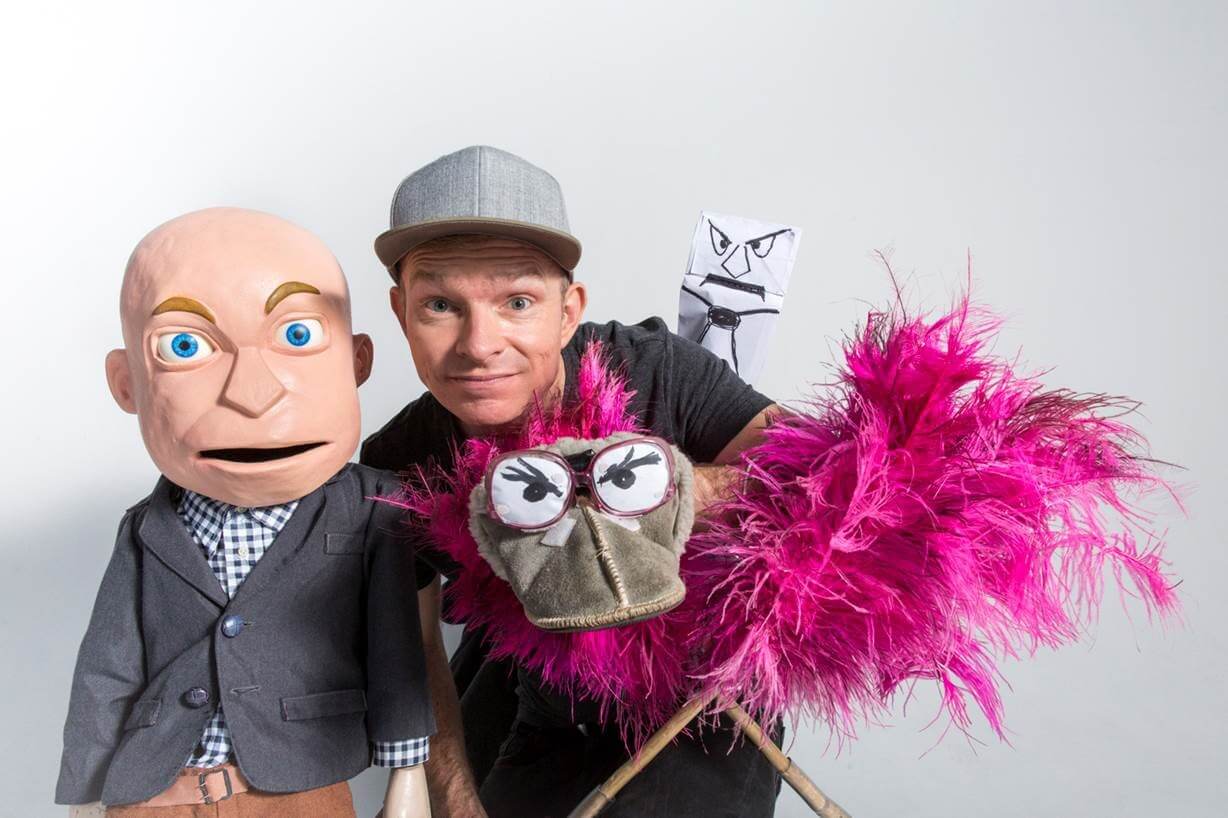 Conrad Koch is one of South Africa’s most in demand comedy talents. He combines hilarious comedy with world-class puppetry, and has done so for over fifteen years to local and international acclaim.

Conrad was the winner of the 2010 Entertainer of the Year award, and of a 2012 Standard Bank Ovation Award from the National Arts Festival. He was a nominee for 2014 SA Comic of the Year, and won The Times Comic’s Pen Award for 2014, a double International EMMY nominated comedian.

He has worked all over the world, been featured on local and international television and is a frequent guest at some of South Africa’s biggest comedy events – Mass Hysteria, Blacks Only, the Smirnoff Comedy Festival, the Vodacom Comedy Festival, Metro FM Comedy Experience, etc.

His most famous character, Mr. Chester Missing, was a regular on eNCA’s Late Nite News with Loyiso Gola; and his hit one man shows have received standing ovations around South Africa. In 2015 Comedy Central Africa took him to Just For Laughs in Montreal, the world’s biggest comedy festival, where he recorded shows for both Comedy Central and Canada’s Comedy Network.

Conrad has added a more quirky and developed character: from a talking air-sickness bag, to an ostrich made from feather dusters, as well as some hilarious a-political material for Chester Missing.