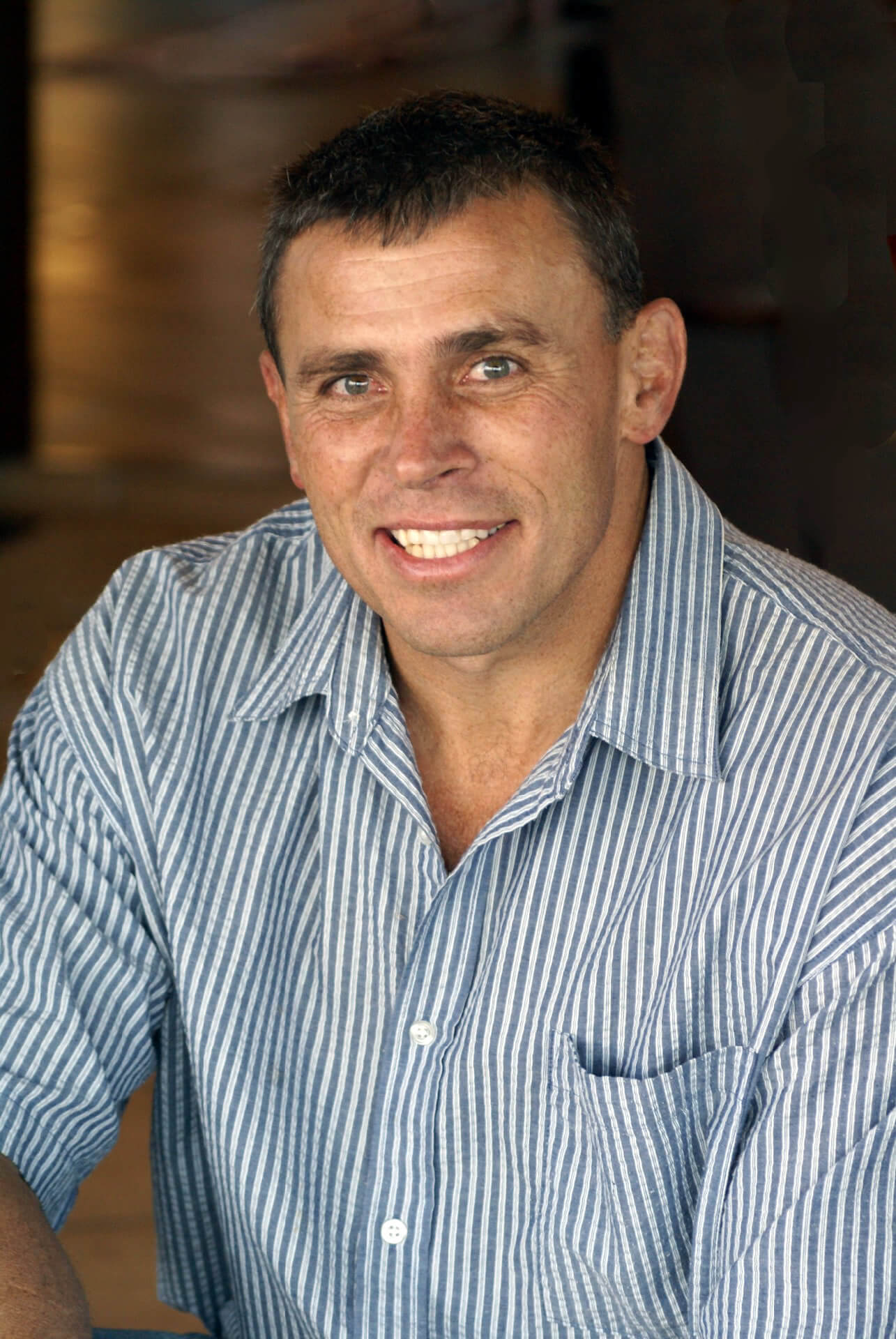 He played rugby on a provincial and national level – represented the former Western Transvaal (Leopards) in 76 matches. He was invited to the Springbok trials in 1992. He was selected for the SA-Barbarians, SA Universities and SA-defense team and captained a number of the teams he played for.

He is married to Tertia (a Biokineticist) and they have two wonderful children – a son Victor and a daughter Danielle.

He is a motivational speaker and he has been working with various companies / sports-teams & organizations on leadership, teamwork, executive coaching etc… He also presents workshops on leadership / coaching / parenting /mental toughness etc…

He is the author of six books.

The first book was about dealing with children, parents and competition with the title: “Winning is for kids…. and parents”.

His second book has been released in 2004 with the title: “The secrets of a champion”.

His third book: “Gameplan for life” has been released in 2011

His fifth book “Wenplan vir jou kind se lewe” (Gameplan for your child’s life) has been released September 2014 and was recently voted the no 1 book in SA regarding working with youth.

His sixth book: “The Sport Coach – the psychology behind coaching” has been released in 2016

He has been in practice since 1994 and he is a regular speaker on a variety of radio stations and often speaks on television as well.

He is still a keen golfer and tennis-player and has also completed a Warrior-race in 2016!