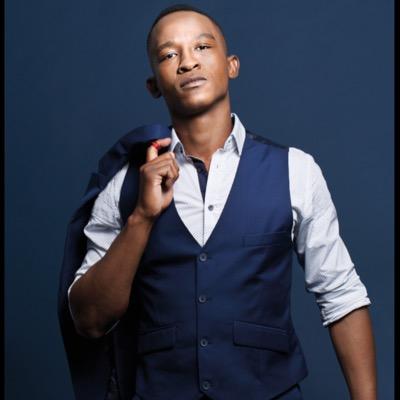 Trilingual Katlego Maboe is not only host of The Expresso Show – the Feel Good Breakfast Show broadcast weekdays from 06h00 to 09h00 – but also hosted the second season of Strictly Come Dancing (2014 and 2015).

Awarded the title of Presenter of the Year at the 2015 and 2016 South African Film and Television Awards (SAFTAs) as well as at the 2016 YOU Spectacular Awards, Maboe has grown year-on-year into a well-known TV presenter, singer, voice-over artist, MC, model and actor.

Speaking fluent Afrikaans, English and Setswana, accompanied by an on-point sense of humour, Maboe effortlessly maneuvers around any given situation and transcends any demographic border. Amongst his many accolades, Maboe was crowned the most stylish male celebrity in South Africa at the 2014 YOU Spectacular Awards, and featured in the 2015 South African Menswear Week modelling for Presidential Shirts.

Maboe’s biggest passion by far has always been music; a burning passion he has fueled since becoming a member of the North West Children’s Choir in 1998. His love for singing manifested itself in his involvement in the well-known South African acapella boy-band, Flip a Coin, as one of the group’s lead vocalists and beat-boxers.