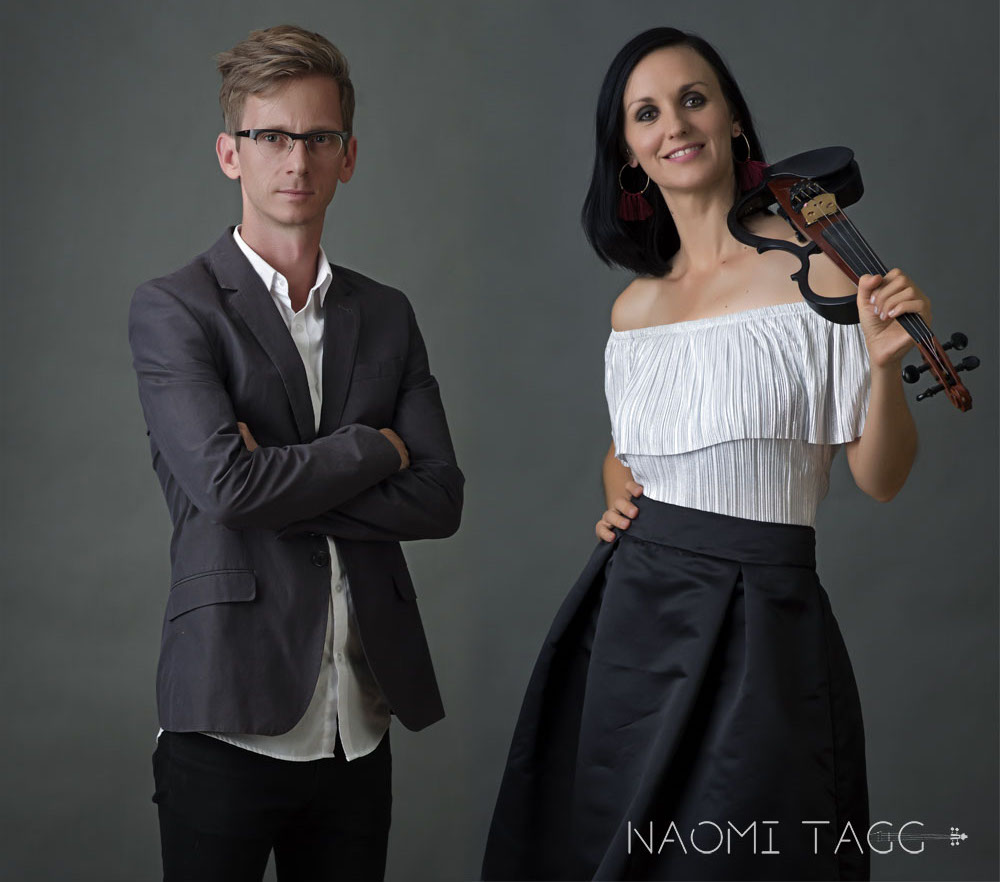 A fresh twist on the instrumental pop act, this violin & keys duo creates the ultimate fun and memorable vibe with their love for modern pop, funk and 90’s hits.

With a hand-picked selection of their favourite covers from Prince to Justin Timberlake, South African artists and more, they show their versatility across many genres and create a laid-back, feel-good sound by blending violin & keys with skilful musicianship.

Teaming up with NYC-based producer, David Bakker, they release a new single every month, keeping their repertoire fresh and current.

Violinist & composer, Naomi Tagg has performed in over 18 countries and on 3 continents over the last 12 years, captivating audiences worldwide with her unique style and versatility as a violinist.

Equipped with her lively personality and rebellious attitude, Naomi’s performances range from Ibiza style lounge and pop to dance floor bangers, explosive classical crossover shows and powerful film/ gaming-style performances. When she’s not on the stage, Naomi is pushing musical boundaries in the studio with her various projects ranging from film music to pop.

She released her debut album, Neolektra Birth of a Heroine to international acclaim and gave a debut performance live on BBC Radio London. She was also invited to perform at the world’s second largest arts festival, National Arts Festival Main (South Africa) in 2017 with her band, Neolektra.

She has performed for global celebrities, royalty, leading political figures and has been part of the opening acts for Sir Elton John, John Legend, Celine Dion, Michael Bolton and Soweto String Quartet.