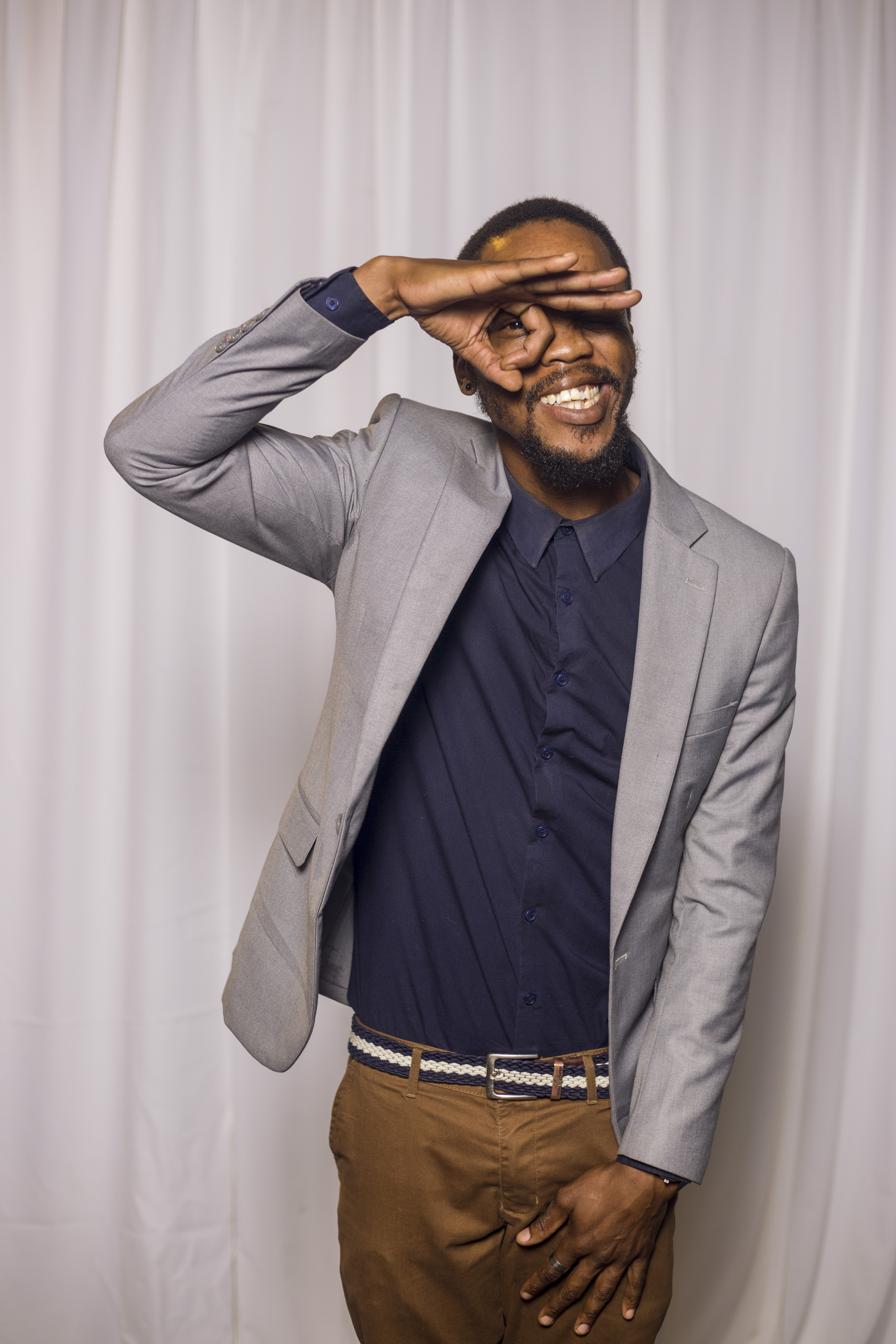 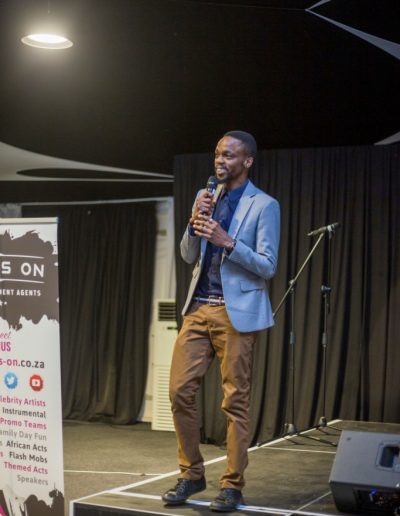 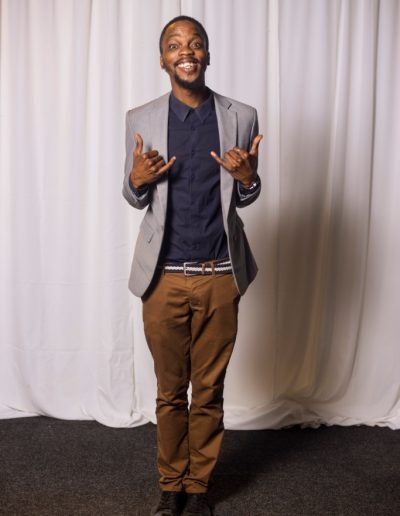 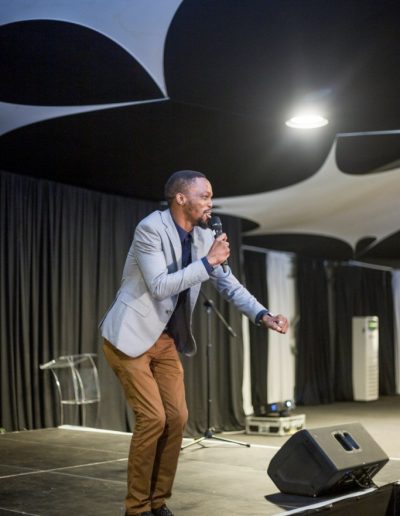 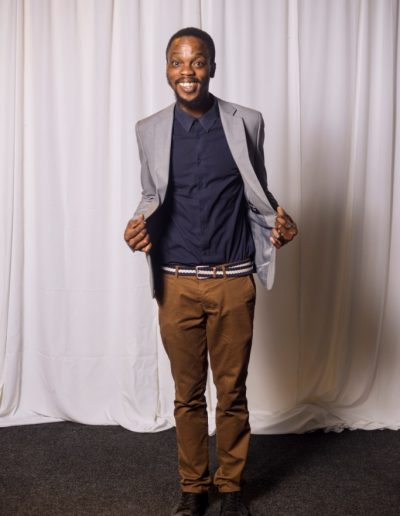 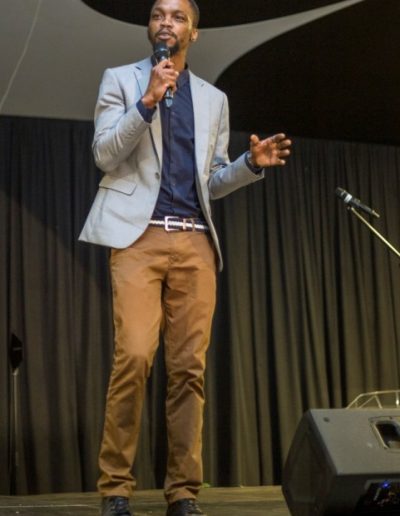 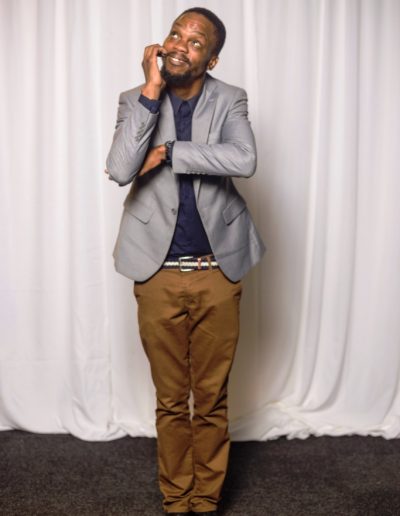 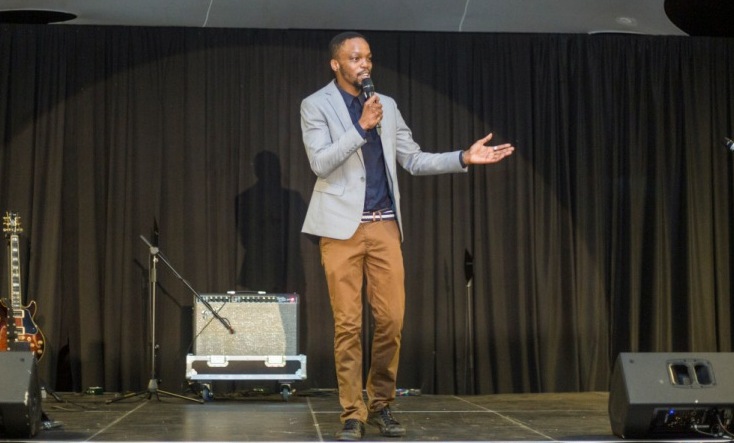 Comedian, MC and voice over artist Mbulelo Msongelwa was born in Mdantsane, a township just outside East London. He grew up in the coastal town of Port Elizabeth, which is where, at the age of 27 he was bitten by the comedy bug. It bit him so hard he quit his then furniture shop job to pursue his dream. It was clear from the start that Mbu has a natural charm on stage that audiences quickly gravitate towards.

Mbu very quickly made his name synonymous with stand-up in the Eastern Cape; as a regular on the 99% Xhosa Comedy stage and opening for the likes of Loyiso Gola. He was sharing the stage with some of the country’s best comics such as Skhumba Hlophe, TolAssMo, Celeste Ntuli, Donavan Goliath and many more. Being able to perform comfortably in both English and isiXhosa is an added advantage to his repertoire, although he has been known to speak a bit of Afrikaans now and then (Hy se dis nie heltemal vlot nie, maar dis nogsteets Afrikaans).

Having to move to the sea-side suburbs of Port Elizabeth straight from the dusty streets of Mdantsane was a huge culture shock for the then 9-year-old Mbulelo, an experince which he talks about in his comedy. He shares anecdotes about learning how to speak English and Afrikaans for the first time (He actually thought ‘Huisgenoot’ was a fancy way of saying ‘You’ in Afrikaans).

His energy on stage and quick-on-his-feet style of performance makes Mbu the ideal MC. He has been the master of ceremonies for clients such as FNB, Standard Bank, ABSA, Continental Tyres, ACSA, Krones, SASSA and more. He was also the MC at The Nelson Mandela Bay Metropolitan Mayoral Gala evening in 2015.

In 2016 he made the move to Johannesburg where on arrival he hosted Kedebone Malaudzi’s one-man show at the prestigious Soweto Theatre. The biggest notch on the young comedian’s belt has to be being selected as one of 13 comedians to feature on Trevor Noah’s “Nationwild” series and performing to a sold out Lyric Theatre.