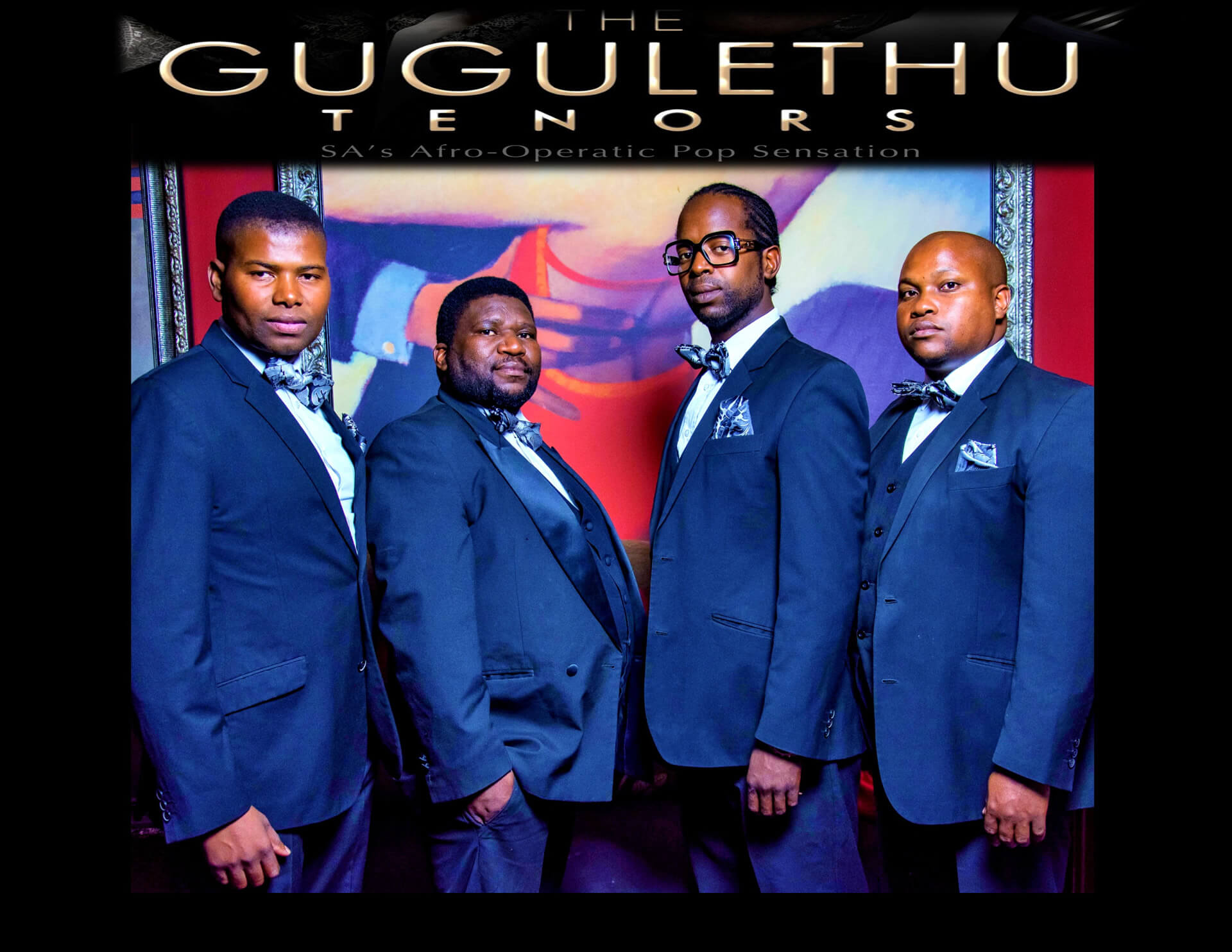 Afro-operatic pop sensations The Gugulethu Tenors have become a household name in South Africa since the release of their self-titled debut album in 2011.

They have performed at some of SA’s top events and festivals, shared stages with local and international headliners, and been featured extensively in local and international media, whilst their fan base continues to expand, covering a wide and diverse audience. Their journey to success, which started more than 10 years ago as four high school learners’ respective dreams of being on stage, has been widely publicised and serves as an inspiration to many.

Performance highlights include representing SA during the 2010 FIFA World Cup, captivating thousands at Cape Town’s Fan Fests with their soothing harmonies and remarkable voices, boasting standing-ovations at festivals like Aardklop Arts Festival, Cultivaria and Klein Karoo Klassique to name a few, wowing corporate audiences across the country, and performing to politicians, dignitaries and superstars including Oprah Winfrey, Chris Rock and Mariah Carey.

These self-taught vocalists, Mpendulo Yawa, Siyabulela Gqola, Xolani November and Loyiso Dlova, were selected from scores of hopeful entries at Fezeka High School in Gugulethu to enter a music competition called the Prompt Voice Search. They won first place for the best group category and have never looked back. They went on to win various other local competitions, and today this four-piece – who have been described as “South Africa’s Il Divo”, “Pavarotti’s Children” and “the Diamond of the Township” – are living their dream and enchanting the concert halls and corporate stages of South Africa with their collective song.