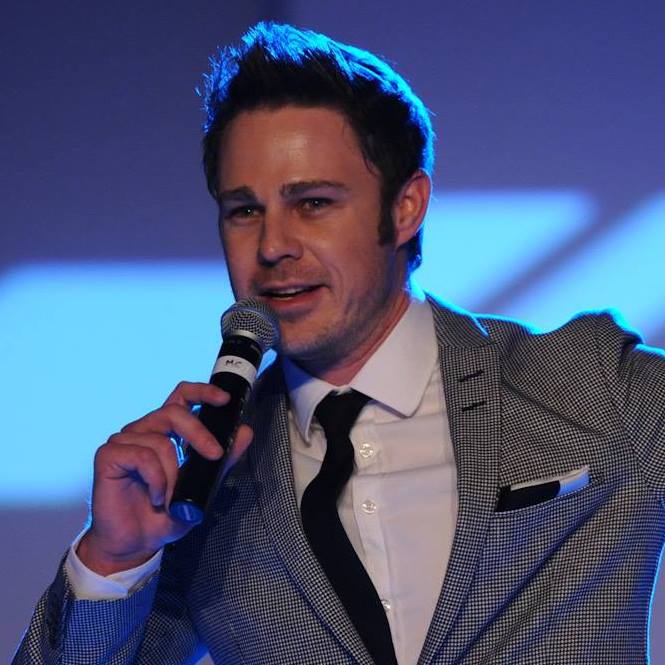 My most recent performance has been as host of South Africa’s version of the internationally acclaimed The Bachelor.

“Having worked with some of the industry’s finest; I pride myself on being able to demonstrate a natural talent, warmth and ability to cater to all audiences, offering a fresh and dynamic approach to the world of entertainment. I have many years of experience in television, in both presenting and acting, as a voice-over artist and as MC for corporate and marketing events. I have earned a reputation amongst management, peers and viewers as well as in the studio, as someone who brings a new dynamic into presenting and remain in-tune with what my audience loves and wants”

At the age of 22, I began hosting various events at Montecasino in Fourways. This included car give aways, lucky draws and spot prizes for lucky jackpot winners. Following this introduction to the world of being an MC, I found myself an acting agency who helped me land my first presenter role on a television reality show called ‘The Loot’. This was broadcast nationally and steered me in the right direction for future TV work. Using this experience gained, I was chosen to become a continuity presenter for our national broadcaster, SABC. This was followed by a number of further presenting roles on various shows over the course of the next 12 years (lists of shows below).  This also allowed me to spread my wings into the field of acting, whereby I starred in a number of local soap operas and commercials.