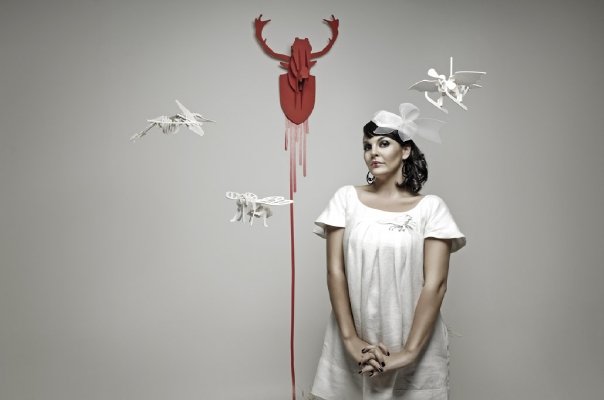 After several years of carving a niche as one of South Africa’s most accomplished songwriters, vocalists and DJs, Tasha Baxter, has finally stepped out from behind-the-scenes, onto the solo stage. And – as those in the industry who hold her in high regard always predicted – it hasn’t taken Baxter long to make an impression on the South African music scene with her debut album, ‘Colour Of Me’. Already the first two radio singles off the album, ‘Who’s Sorry Now’ and ‘Fade To Black’, are clocking up some serious airtime, the latter track reaching number one on several stations, including regional heavyweight Highveld Stereo and the former remaining a spectacularly strong radio calling card, months after it debuted. The cherry on top now comes with having been nominated for 4 top SA music award nominations and taking home 2 SAMA’s with best Newcomer and best Pop. In fact, so damn pop-perfect are these two songs that the one problem facing Baxter, and her record company, is convincing music fans that she’s South African. But once they discover she’s homegrown, Baxter’s indie pop, electronica-tinged music rapidly becomes a firm favourite with fans based in the country, as the growing demand for live performances testifies to