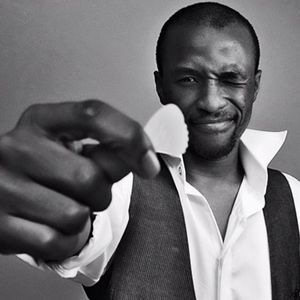 With his arsenal of humor, intellect and a guitar, Tats is an unrivalled comedic entertainer be it on stage or television.

Tats Nkonzo is a sought after comedian and MC in the South African corporate space.

Tats Nkonzo was the supporting act for Nik Rabinowitz in both Nik’s sold out, “You Can’t Be Serious” and “Stand and Deliver” one-man shows. He also opened for Loyiso Gola at the Teatro at Monte Casino for Loyiso’s one-man show, Life and Times. It was a killer exhibition of his ability to hold and entertain packed out theatre audiences. Tats was the opening act for Connell Cruise in his “Into the Wild SA Tour”.